For a lot of us who grew up in the Near East, it was an after-school treat; an extra-tangy, intensely flavored apricot leather that we would suck on for as long as possible (to make the pleasure last).

It is a large sheet of apricot paste made from apricots that are cultivated in the region near Damascus in Syria.

Have you ever bought fragrant apricots at a supermarket that had a heady apricoty perfume?

I haven’t. The only apricots that I have experienced with a perfume so strong you could smell it several feet away, were bought in Lebanon during the short season when they are at their best. It is an experience one should go through at least once. To get back to this amardeen, what is it used for? 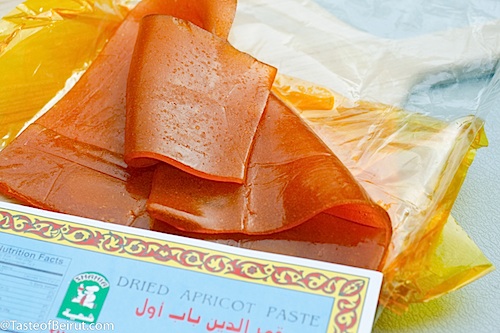