This type of kibbeh is called kibbeh sajeeyyeh in Lebanon.  The kibbeh is shaped like a saj , the concave cooking grill shaped like an inverted wok used in almost every corner bakery throughout Lebanon. Oum Elias using a saj to bake bread in her garden using sticks from pine trees in the picture above.

I decided to stuff these kibbeh with shredded beef instead of the usual ground beef or lamb, because I prefer the softer texture of the shredded meat, especially after cooking it in a flavorful broth. In this case, the sky’s the limit, and whatever strikes your creativity is game. Some recipes call for using muhammara as a stuffing, or a combo of this paste with ground meat, previously fried with onions and spices.

The only caveat is that you will need to figure on an extra day to get the meat ready. The ground meat filling can be done just thirty minutes before, so it depends on your time and preferences. 1 pound extra lean meat, beef or lamb (I used beef, eye of round)

2 or 3 garlic cloves, chopped or mashed

1 or more red bell pepper or chili pepper (to taste)

Salt, to taste, black pepper to taste, cumin to taste

2 or 3 cloves of garlic, mashed with salt 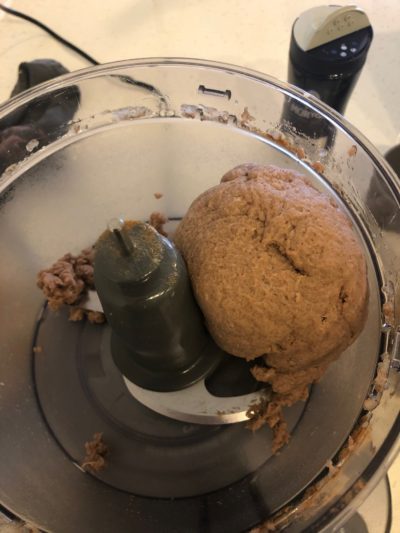 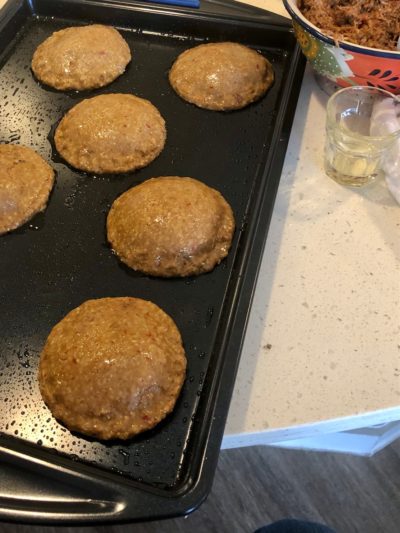 A. Prepare the meat filling:

B. Prepare the kibbeh dough: 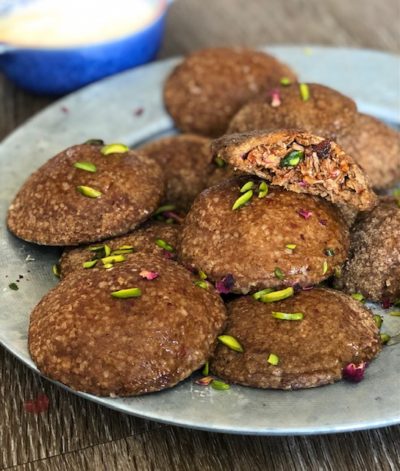 The spices I use are my personal preference; my grandmother and all cooks of her generation only used salt, black pepper and allspice and cinnamon. Then came the seven-spice devotees. Use whatever your taste buds require.